The Crazy Horse Memorial is located off of Highway 385 in South Dakota.  The memorial is not nearly as famous as another National Monument only about 20 mins away, but I would say way more impressive. The crazy part about this memorial is that it is not yet complete; yet extremely impressive.

First, who was Crazy Horse:

Crazy Horse was a Native American war leader of the Oglala Lakota. He took up arms against the U.S. Federal Government to fight against the encroachments on the territories and way of life of the Lakota people. His most famous actions against the U.S. military included the Fetterman Fight (December, 21 1866) and the Battle of the Little Bighorn (June, 25–26 1876). He surrendered to U.S. troops under General Crook in May 1877 and was fatally wounded by a military guard, allegedly while resisting imprisonment at Camp Robinson in present-day Nebraska. (Thanks Wikipedia)

The Crazy Horse Memorial is a mountain monument under construction on privately held land in the Black Hills, in Custer County, South Dakota. It will depict Crazy Horse, riding a horse and pointing into the distance. The memorial was commissioned by Henry Standing Bear, a Lakota elder, to be sculpted by Korczak Ziolkowski. It is operated by the Crazy Horse Memorial Foundation, a nonprofit organization.

“The Mission of Crazy Horse Memorial Foundation is to protect and preserve the culture, tradition and living heritage of the North American Indians.” (crazyhorsememorial.org)

The Mountain is 6,532 ft and ranks 27th highest mountain in South Dakota. It is made of pegmatite granite and was chosen by Sculptor Korczak Ziolkowski & Lakota Chief Henry Standing Bear for the Crazy Horse Memorial.

Planned Mountain Dimensions – geology of rock could be responsible for adjustments.

As you can see from the sizing of the memorial the mountain is huge! 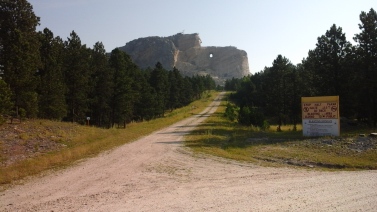 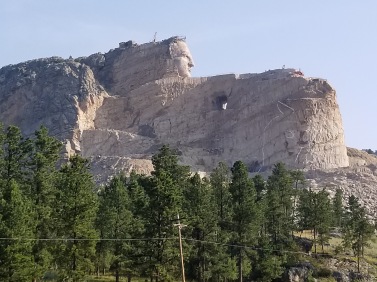 The other more famous national memorial that is about 20 mins down the road is impressive, but I wish I would have seen it before I saw Crazy Horse.  That national memorial is Mount Rushmore; the sculpture’s roughly 60-ft. high granite faces depict U.S. presidents George Washington, Thomas Jefferson, Theodore Roosevelt and Abraham Lincoln.  Although extremely famous and a joy to see, it was a little bit disappointing after seeing the massive scale of Crazy Horse Memorial.  Had we gone to Mount Rushmore first, maybe it would have been a different story.

The Crazy Horse Memorial is an ongoing project that is funded by admissions and contributions. The memorial does not accept federal or state funding, which makes the entire ordeal even more impressive. On the site is a welcome center, museum, culture center, restaurant, and gift shop. You could easily spend a day at the memorial campus. 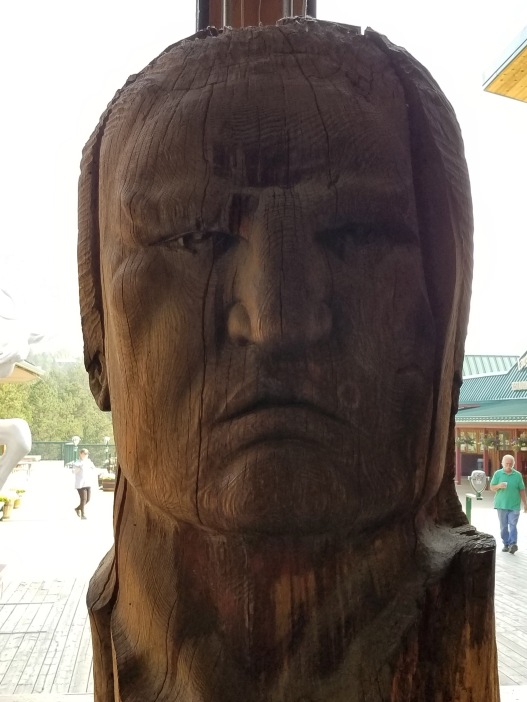 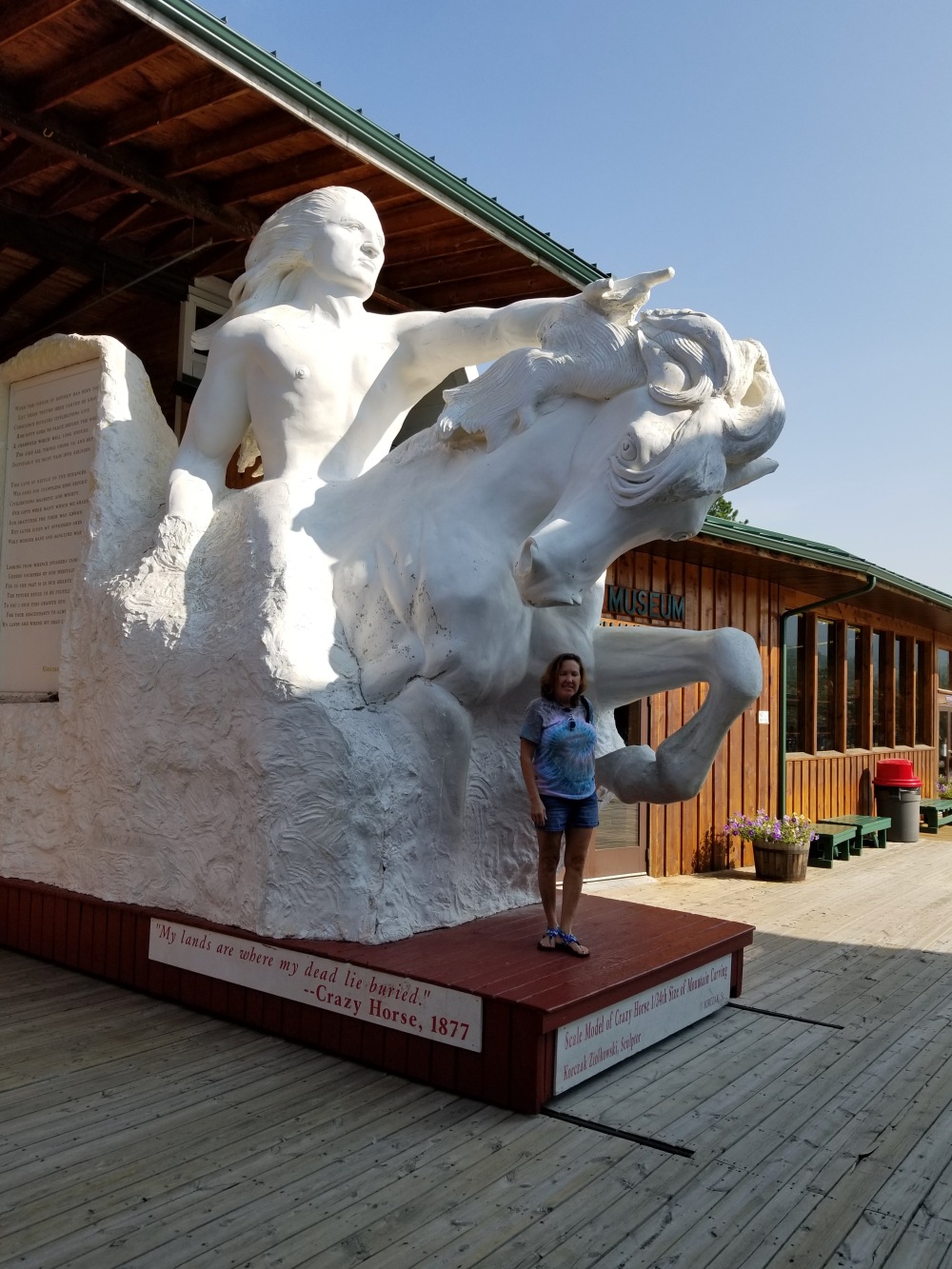 A Few Shots of the museum: 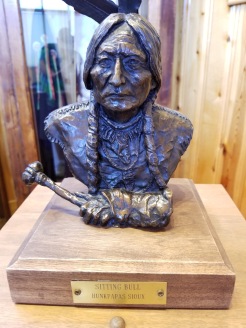 When we went it was early in the morning and we were one of the first vehicles through the gate.  We caught the first bus tour to the base of the mountain, to take a look at the memorial.  Our bus was mostly empty and it was a great tour!  After our tour when we returned to the visitor center, that’s when the traffic rolled in.  Busloads of people unloading and rushing into the theater and to the lines for the bus tour. We quickly went to the gift shop, purchased our souvenirs, and headed down the road to Mount Rushmore.

I had to show Mount Rushmore:

This is a must see stop! Don’t miss it!